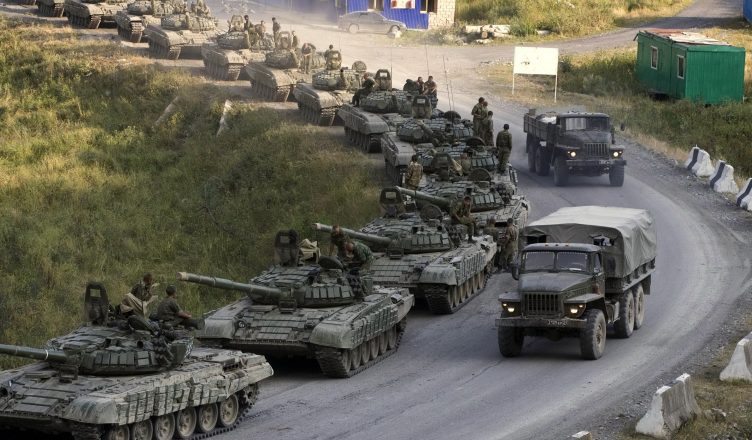 What is it that the Russians know that we don’t? Well, it’s recently been reported that as you read this article, 40 million people are already undertaking an enormous disaster and readiness exercise that has some 200,000 specialists coordinating these large numbers of people into underground bunkers.

Found on Gazety.Ru: This was said by the director of the Emergency Situations Ministry of Civil Defence Department Sergey Manuilov.

“Training will be held from 4 to 7 October. It will bring together more than 40 million people, more than 200 thousand professionals rescue units, about 50 thousand units. The full force of the Russian Emergencies Ministry are utilized, including military units EMERCOM rescue, emergency rescue units, rescue units of paramilitary units and the State Inspectorate for Small Boats, a division of the State Fire Service of EMERCOM of Russia, aircraft, “- said Manuilov.

According to him, the action will be worked on evacuation, issuance of personal protective equipment, sanitary, deployment obmyvochnyh points.

As you can see this is serious stuff, the sheer cost involved in organising and coordinating this level of planning for so many people and by so many different agencies simultaneously appears to be unprecedented!

Why are we not preparing?

Well, that’s a very good point, when you think of the seriousness of the situation involved it clearly demonstrates that something massive is potentially lurking around the corner. However, some European countries have been telling their citizens to prepare for unknown disaster see the following linked articles for more information per country Germany, Czech Republic and not fully confirmed Finland. Although these attempts by governments might be due to the large migrant crisis that is swarming over Europe currently, war itself is also highly probable reason. The EU is currently attempting to create its own internal army, made out of member nations.

The US government has also put out a message of preparedness to the public back at the end of August, although this doesn’t appear to be very wildly known.

Most world governments aren’t telling citizens to prepare so is this just governmental control to keep people ignorant and generally docile and unpanicked? Or simply this is nothing to really be concerned about?

Unfortunately, at this time we see huge changes in the global power structure. Both China and Russia are no longer tolerating the US awful and destructive foreign policies. Currently, there are a number of places heating up such as the south china sea, eastern Ukraine, Syria and of course north Korea. All the flames being stoked mainly by the US with each representative country pushing back and causing more build up of arms.

Other places that are heating up without obvious US involvement include but not limited to Pakistan and India, both countries are exchanging fire and threatening the use of nuclear weapons if war breaks out. Iran and Israel are still threatening each other including proxy countries militia such as Hezbollah in Lebanon. Yemen and Saudi Arabia are also in a perpetual conflict with weapons being supplied by the US and the UK.

Reports are surfacing on the internet that supposedly comes from intelligence agencies which state that ISIS / ISIL and other terrorist organisations have acquired nuclear capabilities, possibly having purchased a nuclear device. (I believe this is generally disinformation to increase panic)

I think there are more reasons for World War 3 happening now than has been present at any time in our recorded history, even the cold war had an air of control surrounding the decade-long situation.

Currently, there is a large amount of activity happening both on planet earth and within the solar system. There has been a dramatic increase in volcanic activity of late happening all around the globe hundreds of volcanos are rupturing and earthquakes are happening daily this really is unprecedented times!

The Sun is coming towards its solar minimum – which is part of an 11-year solar cycle – as such the amount of activity on the Sun in terms of the number of sunspots is really low, yet there is a large increase in solar activity which is affecting the earth. We’ve been going through a number of solar storms recently which can affect electronics and produce Aurora. Also even small changes can affect Earth read more here.

There are a few sites in the world that if they were to erupt the event would be so catastrophic that life on earth as we know it would be irrevocably changed forever. The amount of gas and dust are thrown up into the atmosphere would cause what is commonly known as a nuclear winter (the sky eventually blocks most of the sunlight and Earth freezes as a result). Tamu Massif is one such location that if ever to erupt would change the face of the planet.

At any moment a large asteroid could potentially wipe out most living organisms on Earth, something that’s the size of the UK would most certainly leave its imprint on the history of the planet. Apparently, an astroid that’s nearly 60 miles in size would be enough to end all life on earth. Government agencies continually track for these asteroids which they call near earth objects (NEO) and according to their modals are currently tracking 75% of all objects of such a small size. As you might be aware recently there has been many reports going out on the internet suggesting that an impact would occur between the 25th – 27th September 2016, obviously this didn’t happen, however, during that time frame metorites did hit the Earth including one large one creating a bright flash in the sky over eastern Australia.

Also, the topic of Extra Terrestrials should be mentioned, for even Steven Hawking is offering his wisdom in disclosing that he believes we should not seek or reply to extra terrestrials as this is likely to be to man’s demise.

Should I prepare for the worst?

My answer to this question is ‘Yes’. It doesn’t harm to be prepared in case the worst does come to happen, there are so many threats to each of us currently. Being prepared is a wise decision, since the cost of obtaining water and food that can last you several days to months, is an investment that you don’t loose on since you can eat it. Having torches, batteries, radios ect.. are also things that one should really have. What if the power was to go out through an EMP attack? How long would you survive with no electric? Also, I would say only do this within your means to do so. By this I mean I’ve personally brought a 10kg bag of rice, 6x 5-litre bottles of water, a gas camping stove with 8 cartridges and a wind-up / solar powered radio/torch that doubles as a phone charger. All this has cost me about £50, so really when the preverbal hits the fan at least I can be sure of holding out for a bit and making a better desicion. There are many things I would love to be more prepared with, unfortunately, money and space are luxuries I don’t have and therefore I don’t dwell on what I don’t have, but instead think what I can do with what I do have.

If at this stage you are still overly concerned I would suggest preparing as best you can with whatever little you might have, this will already start to give you some peace of mind, knowing that you can react to situations that rapidly arise with more confidence. Just like everything in life, our time is up when it’s up, nothing is going to change this. Each of us could die from an accident or medical problem at any moment so constantly panicking is wasted energy, transform that wasted energy into something more productive and rewarding. Like being aware, prepared and more comfortable with your spiritual side. If you are reasonably happy spiritually then death is no longer feared.

To all of us, I wish for the best and hope that nothing untoward happens.