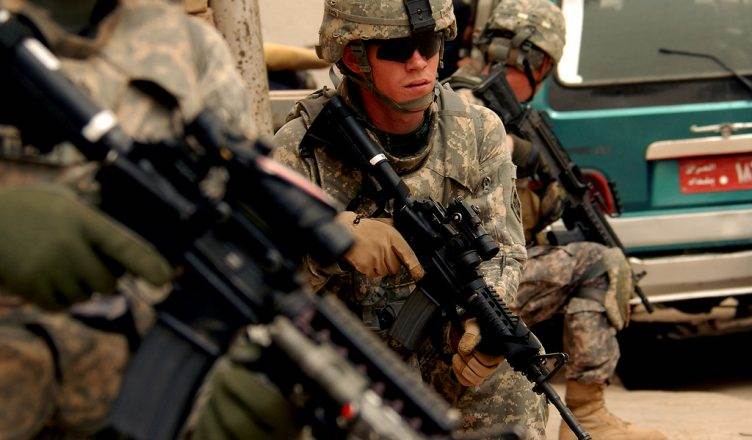 The United States Pentagon has been found paying for fake war propaganda!

If you didn’t already know the United States is run by a secretive shadow government made up of high powered central bankers and elite corporate directors. This unit collectively is referred to as the Cabal and they own presidents and statesman so that there will is always inflicted upon the people using the triple play of media, money, and military. Here in this article, we shall be looking at how they use the people’s money to buy propaganda for their war machine.

Since little after the start of the 2003 Iraqi invasion the U.S. Pentagon paid $500 million to British PR firm Bell Pottinger to produce fake terrorist videos in Iraqi, this is bring reported on RT.com and being exposed by the Bureau of Investigative Journalism.

PR firm Bell Pottinger is known for having an array of controversial clients working with governments and dictators from around the world. The company was working in this instance directly with the US military to create this fake media propaganda through an operation known as the Bell Pottinger operation.

Working closely with the CIA, NSA and the Pentagon this firm was tasked with portraying Al-Qaeda in a negative light creating fake advertisements and short pieces mimicking Arabic TV news. These were then used to track people that watched them, according to a former employee.

All this was being done alongside high-ranking US military officers in US Camp Victory in Bagdad whilst the chaos ensued outside the gates.

More confirmation of this comes from Bell Pottinger’s former chairman Lord Tim Bell who confirmed to the Sunday Times, that the firm had indeed worked on covert military operation “covered by various secrecy agreements”. Also former video editor Martin Wells – no longer working for the firm – told the Bureau of Investigative Journalism that this time in Camp Victory was “Socking, eye-opening and life-changing”.

All of this disclosure is coming thanks to the Bureau of Investigative Journalism in conjunction with other media outlets on a very in-depth investigation tracking records and contracts through numerous governmental departments. Showing that not only were they being signed off by former General David Petraeus who was the commander of the coalition forces in Iraqi at the time but also on occasion by the White House.

The Bureau traced the firm’s Iraq work through US army contracting censuses, federal procurement transaction records and reports by the Department of Defense (DoD) Inspector General, as well as Bell Pottinger’s corporate filings and specialist publications on military propaganda. We interviewed half a dozen former officials and contractors involved in information operations in Iraq.

Apparently, there are three types of media operations being used at that time according to a former military contractor who was knowledgeable with Bell Pottinger’s work in Iraqi.

“White is attributed, it says who produced it on the label,” the contractor said. “Grey is unattributed and black is falsely attributed. These types of black ops, used for tracking who is watching a certain thing, were a pretty standard part of the industry toolkit.”

The firm has since changed ownership following a management buyout in 2012, the current company structure has no ties with the unit that was operating in Iraqi which stopped in 2011. It’s understood that key people who directly worked within this secretive unit deny any involvement with tracking software.

More information on this breaking revelation can be found on this very well  and beautifully presented website http://labs.thebureauinvestigates.com/fake-news-and-false-flags/

My conclusions on this story are firstly a massive debt of gratitude to the reporters who worked no doubt  tirelessly to cross check and bring this important information to the public consciousness. For too long the Cable have been using tactics and methods such as these and it’s about time we get the leaks required to continue exposing their insidious agendas.