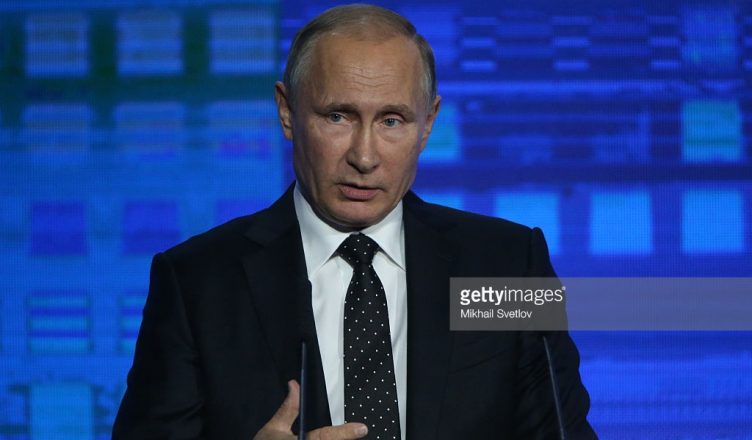 Well, things really are heating up in the geopolitical arena as Russia has just put out a new urgent warning to staff. Russian officials have been told to ‘bring relatives home to the Motherland’.

The officials have also been warned that should they fail to return all family members living abroad, that their chances of promotion are at risk.

Politicians and high-ranking officials have supposedly received a warning directly from president Vladimir Putin, to bring loved ones back home to the ‘Motherland’ immediately, this according to local Russian media. Children studying abroad are not exempt and are to return straightaway.

Very recently president Putin has cancelled scheduled meetings in France, as Russia is furious with the Syrian situation and propaganda being pushed. This comes only days after nuclear missiles have been deployed to the polish border, within striking distance of major European capitals as far east as Berlin.

Tensions between the west and Russia have only worsened over recent weeks and the current situation is now worse than it was during the cold war. Even former president Mihail Gorbachev has been saying as much, showing his concerns over the worsening situation between the US and Russia.

I think the world has reached a dangerous point.

But I do want to say that this needs to stop, we need to renew dialogue. Stopping it was the biggest mistake

Only a week ago, president Putin ordered an emergency drill of 40 million people, involving vast numbers of emergency responders and military operations. In bringing people into underground bunkers. One thing for clear Russia isn’t messing around and looks to be sending a very clear signal to the west.

These developments in Russia are very clear reasons to be concerned, as we might break out into WW3 at any moment. Such a war would likely be very short. A matter of weeks only, as nuclear exchange would have devastating effects for all countries.