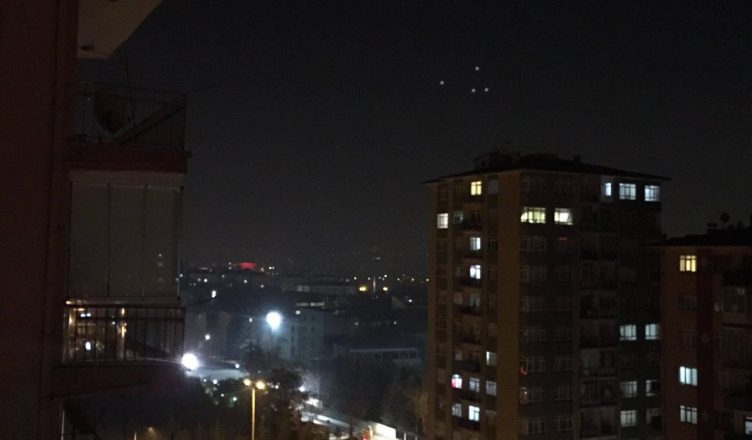 Within the last 48 hours, mass sightings of strange lights have been seen in both Canada and Turkey as well as possible reports from elsewhere. Hundreds of people have been seeing these objects and each of the events seems to share some similarities.

First reports of these strange lights that have an odd pattern including a signature looking double pair of lights were reported in Canada. Secureteam Youtuber posted a video explaining what the Canadians had seen recently in the skies. You can see the embedded video here:

Then the next evening mass sightings have been reported from different cities over Turkey. Some mainstream media outlets have started reporting on it. Like the Star  and Inquisitr have long reports detailing all the social media posts. What’s so intriguing is these lights have been seen in at least two places around the world within days of each other, and both are large mass sightings.

Just searching about on twitter,  #ufoattackturky, has been trending heavily as people have ben panicking about the situation.  Here is another video showing another of the lights being captured on camera. If authentic, it’s certainly an air/spacecraft of some kind, is it’s ETis open for debate as there is plenty of information trending at the moment that a false flag alien invasion is going to be pushed by the NWO collective cabal?

Possible Sightings Around The Globe

It also looks like there could be more sightings happening all around the world think it’s time to keep an eye on the UFO headlines!

Is this ET or the NWO

If this is indeed the case, then we could be starting to have a severe event build up. The only question to be asking ourselves is, is this human-made or ET? The globalist elites want their One World Government and are hellbent on trying to bring it about. As Nixon said to the UN: